Showing posts from October, 2016
Show All

REVIEW: Hoka One One Clifton 3 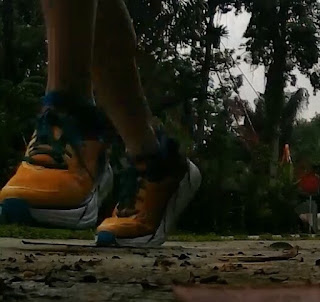 Disclaimer: The Hoka One One Clifton 3 reviewed here was provided gratis for the purposes of a shoe review. All the opinions expressed below are my own.     My first experience with the Hoka Clifton started some time in 2014. I had suffered a pretty bad hamstring strain in my left leg the day before the 2014 Singapore Army Half Marathon, and in the 5-6 weeks leading up to the 2014 Berlin Marathon, I was struggling with the latter half of my long runs. I tried several different shoes to enable me to run comfortably and eventually settled on the Hoka Clifton as a last resort. I think most people would agree with me when I say that the release of the Clifton v1 was a huge turning point for Hoka as a brand. Overnight it went from this heavy, overbuilt maximalist brand that really only appealed to long distance triathletes and ultra trail runners to taking the mainstream everyday runner by storm. In the Clifton, Hoka had created a maximalist shoe that weighed as much as a Kinvara/F
Post a comment
Read more
More posts