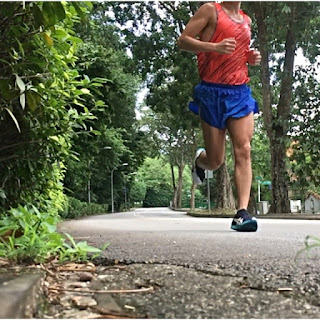 The Sortie range of ASICS racers are probably not well known outside the Asian market. They are a range of very lightweight, high traction, no-nonsense racing flats that in truth, have not evolved a whole lot since their inception. As much as I love aggressive racing flats, I generally prefer shoes with less ground feel. The first Sortie in my collection was the ASICS Sortie Magic LT, the LT standing for lightweight trainer. This was the softest durometer shoe in the Sortie range, despite weighing in at under 170g. I used that shoe to race the ASICS City Relay 2015 and while I had a decent performance in that shoe (our team did win by nearly 20 minutes), I did feel a fair bit of shin strain during the race, and decided that it was still too little shoe for anything other than really hard intervals or fartleks.

Fast forward to early 2016, and I saw a striking new Sortie model, the Seiha, with its striking Cerulean midsole, minimalist outsole coverage, and two tone upper. This Sortie appears to have a slightly thicker stack than the rest of the Sortie range and so I went around hunting for one in my size. Initially, I struck out with a paucity of stock both on the Japanese online sites, and in the shoe stores in Tokyo while I was there in February. I later found out that ASICS Singapore was bringing in the shoe, and I managed to get a pair to review from ASICS directly. Special thanks to Andy Neo of ASICS Singapore for that. 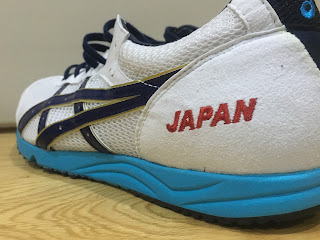 The ASICS Sortie Japan Seiha in US9.5 comes in at a svelte 172g, inclusive of its glued –in insole.
Just like the other ASICS shoes that bear the “JAPAN” name, this shoe is made entirely in Japan. It uses materials that would be familiar to you if you have previously worn the Tarther Japan or Skysensor Japan. 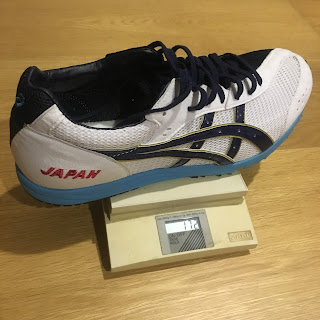 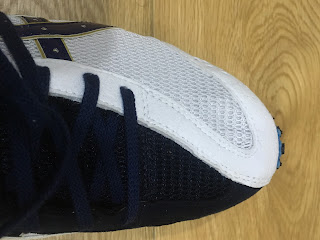 The upper here uses a synthetic mesh overlaid with layers of suede at the corners and seams. The mesh here is somewhat denser and slightly less elastic than that seen in the Tarther Japan. The two-tone design also utilized a central asymmetric divider of suede fabric length-wise down the front. There is a relatively soft suede toe-bumper up front, combined with the suede and mesh upper. The toebox is fairly pointed, and just about sufficiently wide enough for me with thin socks to get some toe splay and wiggle room, but has a relatively low vertical height. If you have wider feet, you may need to size up for this shoe by 0.5 but I was able to fit it at true to size. This shoe has plenty of eyelets to accommodate a whole range of lacing patterns, but I like that it really achieves a good lockdown of the foot in combination with the snug upper. 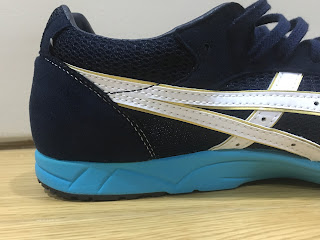 The heel cup is also fairly rigid and rides sufficiently high up the heel but feels roomy because of the paucity of padding in the collar. All in all, it ticks all the boxes for what a performance racer needs without unnecessary material. This shoe does have a very short tongue, so if you wish to use the last set of eyelets, just be careful with the lacing as the laces are pressing down right at the upper edge of the tongue and may slip under the tongue if you don’t tighten them enough. 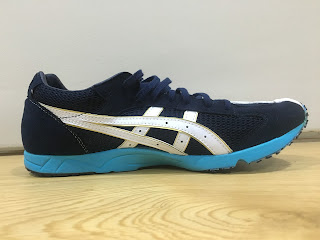 The shoe uses a single density injection-molded SpEVA midsole, with a curved last and a fairly narrow aggressive arch, similar to the Nike Zoom Streak LT2 or Brooks T7. 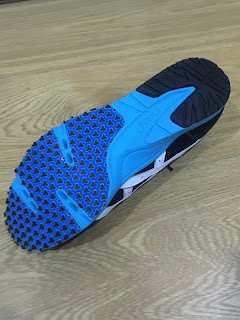 You definitely want to be an efficient neutral runner for this shoe. The foam is bouncy, and just firm enough that there is no bottoming out feel when running at pace. 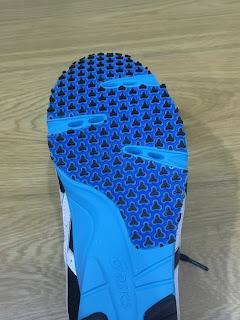 Segmented grids of polyurethane DuoSole pods line the forefoot to provide fantastic grip on the road, while cut-outs at either side make way for small drain holes. 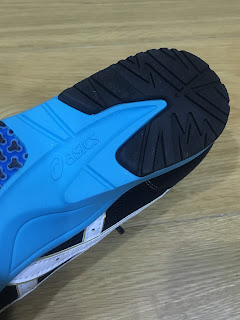 The arch and midfoot are fully exposed EVA, and a thin wedge of carbon rubber lines the heel.

The stock insole is glued-in for this shoe, and that is thin and minimal. With the stock insole, the ride is fairly firm, though I would suspect, good enough for most people racing up to 10km. The cut-outs in the forefoot make for sufficient forefoot flexibility.

While there is a prominent toespring in the shoe, the forefoot flexibility makes it less noticeable than it shoe be. Regardless, the shoe has a nice consistent transition from midfoot to forefoot. When wearing this shoe, I mostly wanted to land mid or forefoot because the heel is still fairly firm and I think heel strikers would not particularly enjoy running in this shoe. On mid or forefoot landing, this is a very nice bouncy toe-off which, combined with the excellent forefoot grip, lends the shoe to perform very well at fast paces. 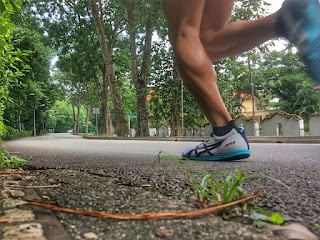 I did try to fiddle with the ride on this shoe to see if I could make it more accommodating for longer distance races, i.e. I ripped out the glued-in insole, and tried replacing it with a variety of different insoles to see how it would feel.

First was the insole from the ASICS Tarther Japan. This is a slightly bouncy, still fairly this and very well ventilated insole. The shoe felt marginally softer in this shoe, and looking back, would be my insole of choice for this shoe, for any distances up to 10km. It provided a good balance of ground feel and cushioning, and sacrificed just enough padding for me to tolerate a hard 10km effort.

Next up I tried a thicker spongier Ortholite insole. With this insole, I felt there was a more deadened ground feel with more sponginess in the stride, but as with my previous experiences with Ortholite insoles, the sponge starts to get “permanently” compressed in the form of your footprint after a while, because the foam just does not rebound to its uncompressed shape very quickly. (In the case of running at 180 strides per minute, the foot compressed the insole every 0.33 seconds. I race at 190-198 strides per minute.) This culminates in the shoes feeling more “dead” in the second half of a run. 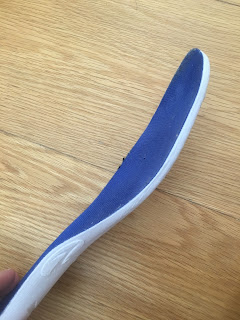 Finally I tried more padded EVA insoles, one from the Brooks Launch and another aftermarket SpEVA insole I bought from Japan. These insoles felt fine in training and I proceeded to use the SpEVA insole for the recent Sundown Marathon 10km race. The shoes felt great from the outset, and perhaps led to me going out way faster than I should have. During the second half of the run, I started to fall apart, though this was probably more related to the unusually warm muggy weather that night. I noticed that I was getting a burning sensation under the 2nd-4th metatarsals of both feet that just seemed to get worse as the run progressed. I eventually switched to a more heel-mid foot strike and even transition and this alleviated the pain somewhat. Looking back I realized that the insoles were in fact meant for volleyball shoes and perhaps some combination of the thick 5mm insole, and the warm weather conspired to give me all that grief. Moving forward, I fully intend to see this experiment through and try punctuating the forefoot with bigger holes to help ventilation in the forefoot and see if it solves this issue for me. The thick EVA insoles definitely make the shoe feel much more padded that they would otherwise with the stock insoles, with a miniscule weight penalty. I clocked my fastest intervals yet in these shoes, so they definitely work for speed, stock out of the box without modification. 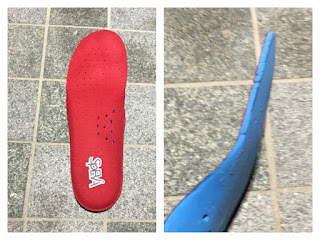 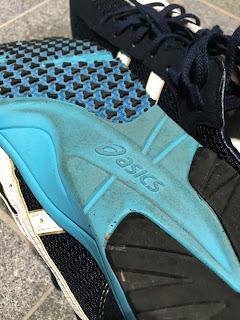 Durability-wise, the shoes have held up surprisingly well. I have about 150km on these shoes, and the wear on the exposed midfoot EVA is much less than I expected. There is hardly any wear in the heel (mainly because I didn’t heel strike much in this shoe), nor in the forefoot. The shoe still retains much of its pop and rebound when picking up the pace. Even at slower moderate paces, the shoe feels more cushioned than many shoes in its weight class e.g. NB 1400v3, Adidas Takumi Sen Boost, Nike Lunarspider R6, Mizuno Wave Emperor. 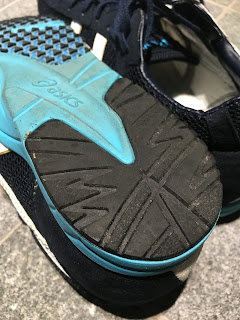 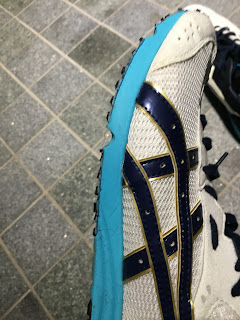 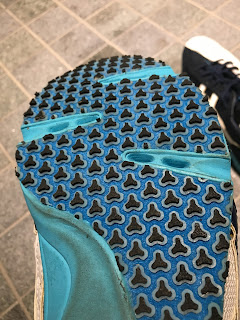 Overall, I think this shoe suits neutral efficient runners well, and would do well as a racing or uptempo shoe for distances at least up to 10km. It fills the void nicely between the more aggressive Sortie racers like the Sortie Magic RP, and the more marathon-oriented Tartherzeal. The fit is on the narrow side, and is definitely a performance fit; best to head down to a store to try it in person. It is now available in very limited numbers in selected ASICS retail outlets in Singapore. 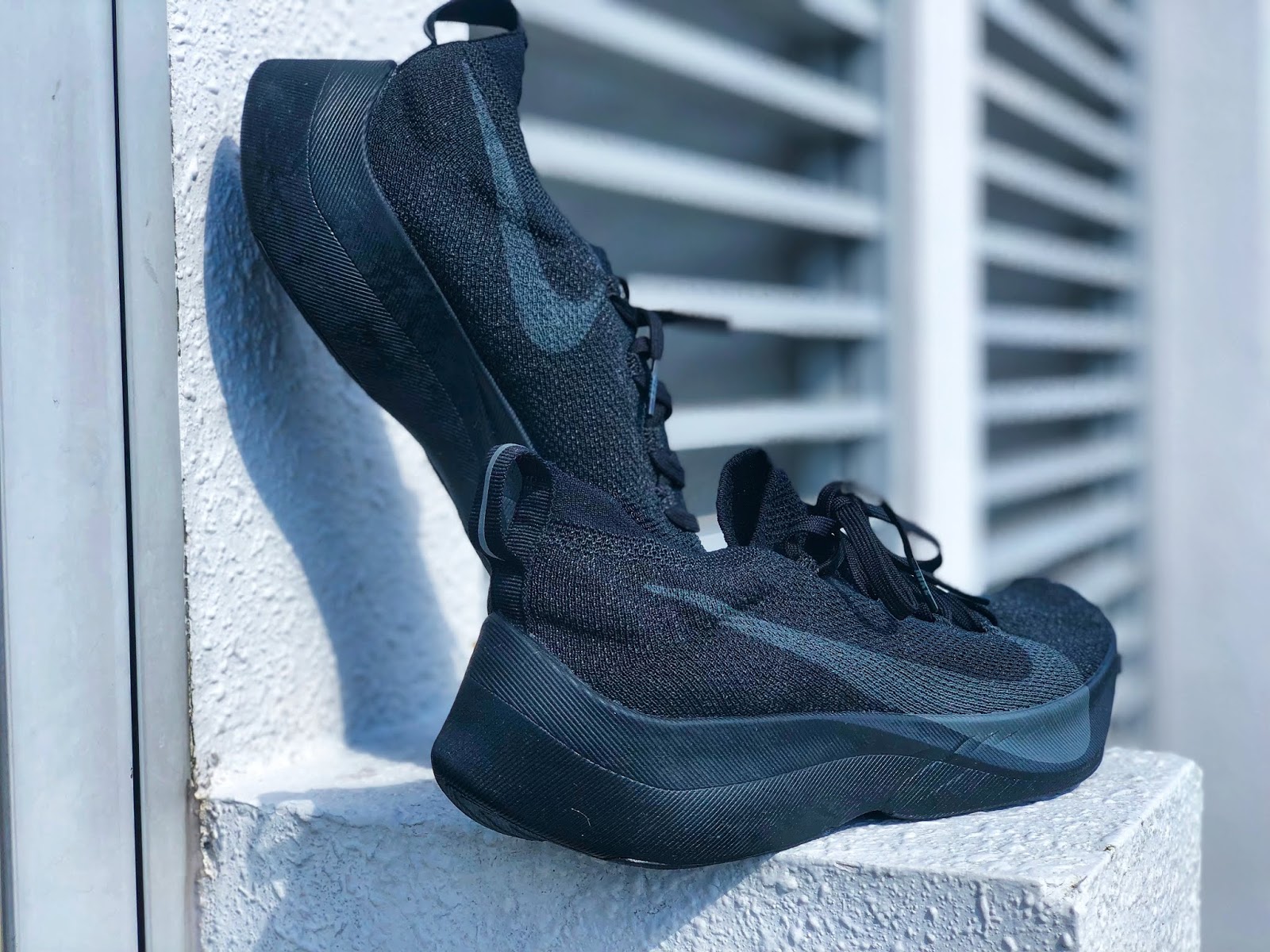 Disclaimer: I currently own three pairs of Vapor Street, all of them purchased at full retail. The opinions herein are my own.
The Nike Vapor Street is Nike’s attempt at a casual lifestyle version of the very exclusive unicorn that is the Nike Zoom Vaporfly Elite. Many in the running community saw it as lifestyle shoe, and hoped (myself included) that interest in the Vapor Street would draw sneakerheads’ attentions away from the Vaporfly 4% and allow real runners to finally get their hands on some 4% magic. The reality is that the 4% is still incredibly hard to come back, and is still being sold at ridiculous prices on the resale market, while the Vapor Street sits on shelves in the likes of Dover Street Market and End Clothing, amid a lukewarm response from shoe collectors.
I saw the Vapor Street for what it really is- a cheaper trainer version of the Vaporfly Elite. Where else can you get your hands on that incredible anatomical fit knit upper that only the Vaporfly Elite has? As it…
Read more 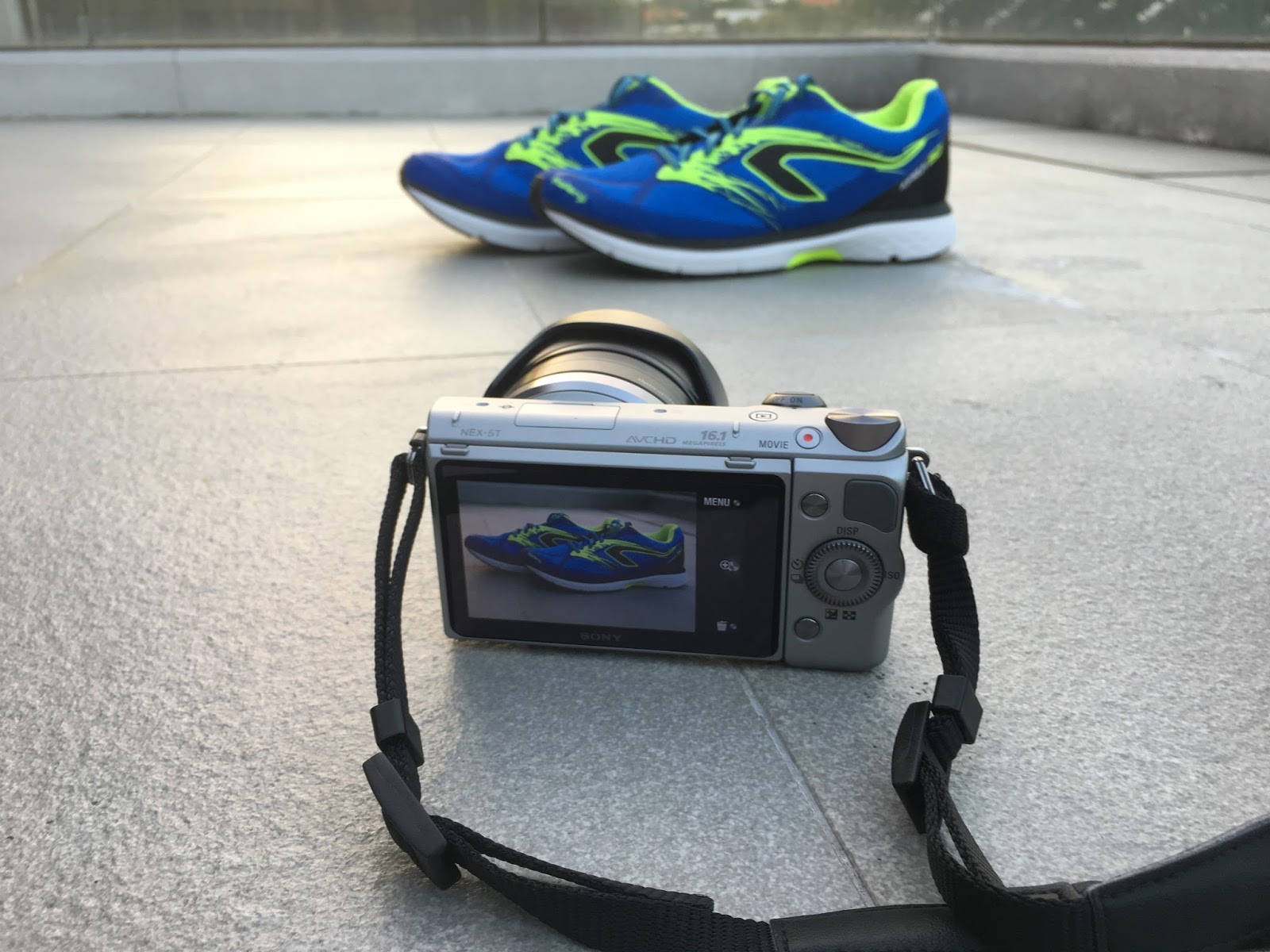